Often, we have some peculiar ideas as to who Jesus is, but one of the most liberating and refreshing things about this short course is that it blows the cobwebs away from what may have been wrong thinking over the years.  When I actually dived into the scriptures, I found that Jesus was really a man, made like his brothers in every way, not a hybrid, half man, half God.  I received the extraordinary revelation that the reason he could do the things he could do, was because he lived as a man filled with the Holy Spirit.  He chose not to take advantage of his divine nature as he lived out his human life.

On discovering this, I found that he came tumbling off a false pedestal that I (and I believe many Christians), have tended to put him on!  He became no longer out of reach, but as a man walking in the power of the Holy Spirit, he modelled how I too can walk.  This has been an exciting journey as I have discovered afresh how to approach living the Christian life as a Jesus-follower and disciple.

I was impacted and changed forever as I read of his true humanness, from his baptism at the Jordan to meeting with Moses and Elijah on the mountain.  For it was here that Jesus embraced their encouragement for the trek down from Galilee to Jerusalem, where he would face opposition, persecution and the cross itself.

This short course was the first written by Richard George and it opens up this often misunderstood, fundamental truth about Jesus.  As you study ‘Behold the Man’, Jesus will become real to you in a way you have not known before. 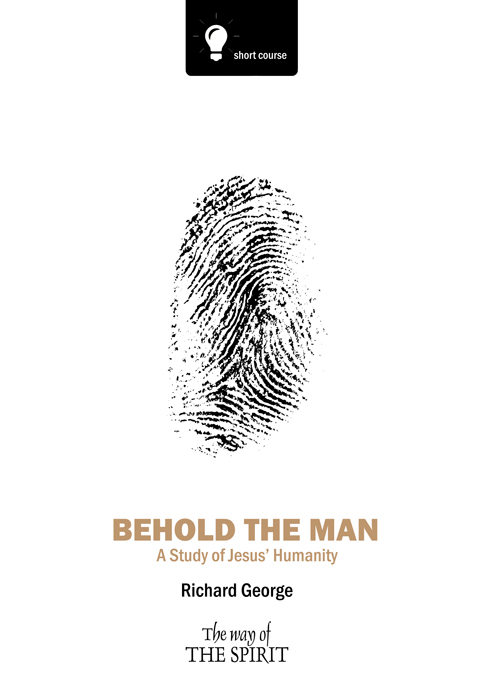 The short course Behold the Man is available for you to buy from our web shop, or call us to place an order.