This evening the fire fell. It was ON THE CHAIR continued, fashioned for these Nagas, and in the company of Pilate, Moses, Elijah, Jesus and Nehemiah. Some topics just go on gathering momentum. There was mayhem at the end: bodies on the floor, baptisms in the Holy Spirit, strong faith filled worship and many deciding that they are engaged on a great project and they’re never coming down[1]. What a climax to the two weeks here! If we had come all the way just for the last two evenings it would have been worth it. 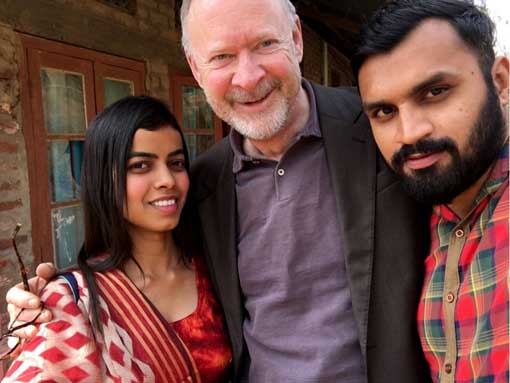 And there’s more. During the afternoon (working backwards through the day) I met with Senti and some of her leaders and we had a strategy-shifting time which will usher in the new wineskin God wants here, as Peter had spoken out during the chapel time a couple of hours earlier. God has big purposes for this ministry; for them to be realised it will need a big response from the current leadership. Please pray with me for that to be protected and fully realised.

So, yes, Peter took the chapel session today and he spoke what God had been saying to him. He spoke it clearly and effectively, and with authority. God has used Peter during this trip to bring words that shift things, and this is what happened again today. He is a great pray-er, and it shows in his exhorting of the body.

Before that, we had the exam. Perhaps the least exciting thing of the day, except it was good to see how the students had not just assimilated the information but had received life during the classes over the last two weeks. We also asked them as part of the exam to reflect and comment on the ‘course,’ listing strengths and weaknesses. One person wrote the main weakness was that it was only a two and not a four week course! Another explained she got little from the first two days then was baptised in the Holy Spirit and begin getting much revelation. Several prophesied for the first time, saw scripture come  alive in a new way, understood faith now, were encouraged and built up as never before. Many commented how they were now equipped to follow Jesus, now understood the gospel, and saw Jesus with new eyes.

The day sarted as we spoke to the children at the school which is part of the complex here. 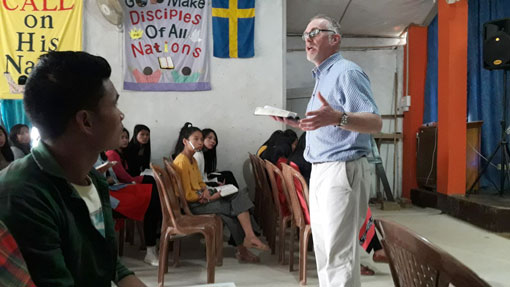 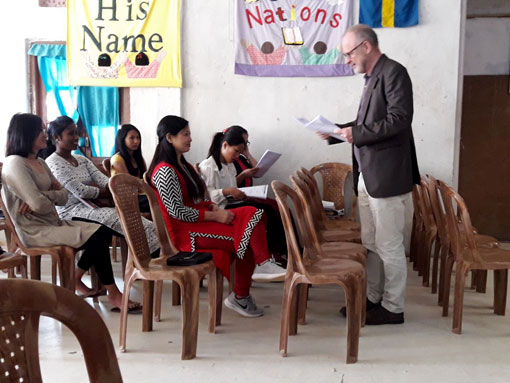 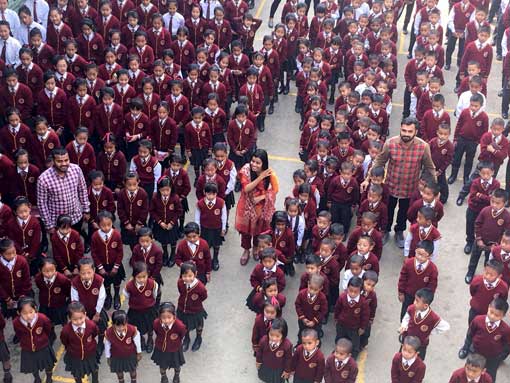