After the climatic Thursday evening we had just one session left, as last Friday, with everyone in the chapel from 9.15-11am.  Following this the whole college offered a Cultural Spectacular, of which more in a little while.

In the chapel session we covered the crucifixion in John then the garden scene with John, Peter Mary, Jesus and two angels, using the students to enact it, with much resulting hilarity.  Finally we looked at Jesus’ commission to the disciples after he had appeared to them and breathed his spirit upon them.  It was a fitting ending, satisfying our honour with the MDiv students who I’d promised we would reach the cross, the glory and the resurrection. It was profound, climatic, funny, surprising, it involved everyone, and sent us all away with the message to go! Last night could hardly have been surpassed but morning this worked very well.

I had then to hurriedly mark 17 exam papers. Not my usual style or way but it was right to attempt to fit in with the ethos of the college. We had been given great latitude to do as we were led during the two weeks, and it wasn’t too difficult to work out a way of constructively assessing how they had done. 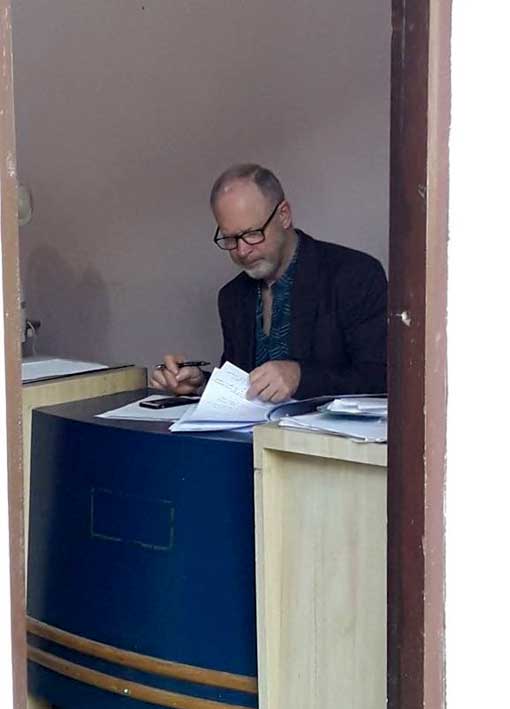 Then came the cultural spectacular. This was a spectacle indeed, and we felt greatly honoured that they had gone to this trouble for us. The whole college gathered in the main hall, each wearing their respective tribal dress, and then performed a traditional dance which ranged from enacting the not-so-ancient ritual of head-hunting (this practice continued in parts of Nagaland as recently as 1960’s), to sharp and finely timed dancing between moving bamboo poles whilst skipping round and singing, with lots in between. As well as the different tribes there were other nations represented among the student body: Assam, Myanmar and Manipur. They each had their own dress and dances. Punjab also joined in.

It was a fitting end to our visit. We said our thanks then everyone wanted photos with us, as we did with them. There were one or two tearful eyes as we said goodbye. They were a great bunch, and of course we become particularly attached to the MDiv class, and the faculty, all of whom had received us with such warmth and hospitality. We had enjoyed getting to know many of them, a special mention of Sir Sam from Bangalore (Southern India – a long way from home), the academic dean. He had cooked us a wonderful southern Indian curry earlier in the week and we really appreciated his kindred spirit. There were others too, Eya (Iya?), David, the list goes on.

It just remained for us to enjoy a final meal at Madame Tia’s home, and we joined by Martin and Jane (a great couple form UK who have been working out here on an almost permanent basis for two years), Senti and Moa, the three from Punjab, and Betsi (a friend of Martin and Jane out for a sort of gap year). A feast was laid before us and we had a relaxing and lovely time saying goodbye and thanks.

Tia, Senti Moa and Mayan have been marvellous hosts. We have historic links with them and have now forged a current relationship that will no doubt bear fruit in the days to come. Who knows how many from the UK may visit this strange, mysterious land on which God has his hand so strongly.

Those who do visit will have to tolerate a  l-o-n-g journey. I’m writing this at new Delhi airport having suffered a 5 hour drive from Mokokchung to Jorhat, a six hour flight stopping at four places en-route to here, and now we wait another 4 hours before flying to Amsterdam, which will take around 8 hours. Finally we will have a short-ish wait at Schipol before the final leg to Norwich, arriving 9.15 UK time tomorrow morning.

We hear there may be snow in the UK. That is really odd, for when we returned from Africa in November most flights (except ours) were snowbound at Amsterdam; when we left for Nagaland two weeks ago we nearly didn’t make it through the snow drifts, and once again snow threatens. Well, if the snow is an attempt to dishearten us after such a marvellous and powerful time away it is a pretty feeble one. We will land in Norwich as planned and rejoice at what God has done.

Thank you everyone praying during this time, those on the official prayer team and any others who kept up with the blog and joined in. Until next time. 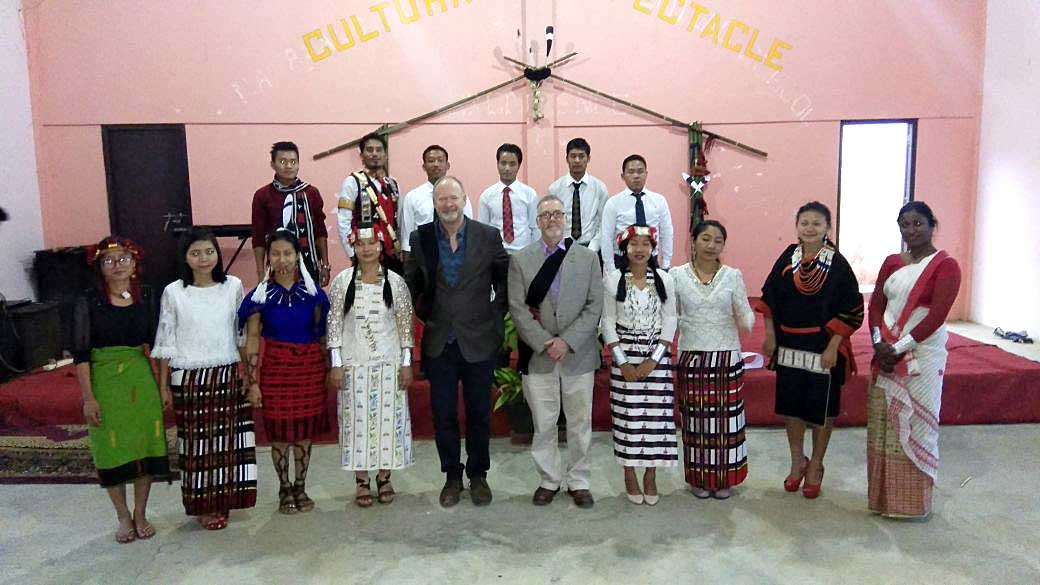