Blog from the DRC: Day 3 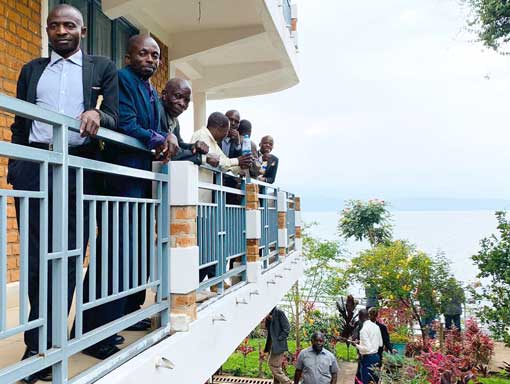 This morning the conference began. What a joy and privilege to be engaged in the Lord’s work – even more so when led to such an idyllic setting. We could have landed anywhere coming into the DRC but we have ended up in a garden of Eden, overlooking the aforementioned massive, mysterious and magnificent lake Kivu, in accommodation that is simple (African, so rather basic, unfinished and lacking in any sophistication), yet clean and more enjoyable and quirkily memorable than any 5-star hotel the west could offer. (Says he who is fortunate enough to have a shower that works and even hot water in his room. Not all the team were so fortunate.)

Quite apart from our surroundings the conference started strongly. Fifty senior pastors from churches in and around Bukavu were here on time and, once we had got the inevitable formalities out of the way, we took off; teaching all morning from John 5 on faith, healing and the power of the kingdom. The river flowed fast and deep and everyone in the room was caught up in God’s revival life and purposes.

Before we could get to our planned starting point, Genesis 1, coffee break and then lunch were upon us. We just had time to minister to those who were ready to throw off attitudes which had hindered them, particularly religiosity, passivity and unbelief, and like the man by the pool at Bethesda, reached out to Jesus himself for all they needed.

As I write the delegates are in groups scattered across the lawns and appear engrossed in their bible reading and sharing the life they are finding in it, led expertly by the UK team.

These are people who cried out for our help, ministers who have received theological training (imported from the west) but who know their lack of equipping for ministry and who long for richer engagement with the scripture. 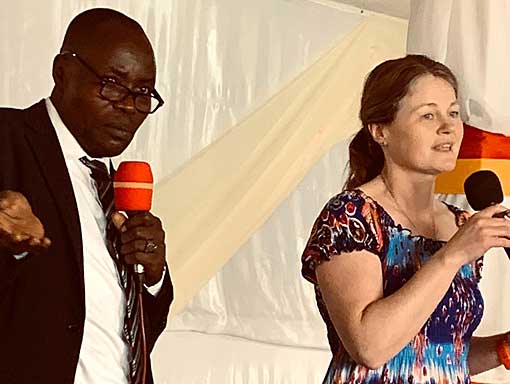